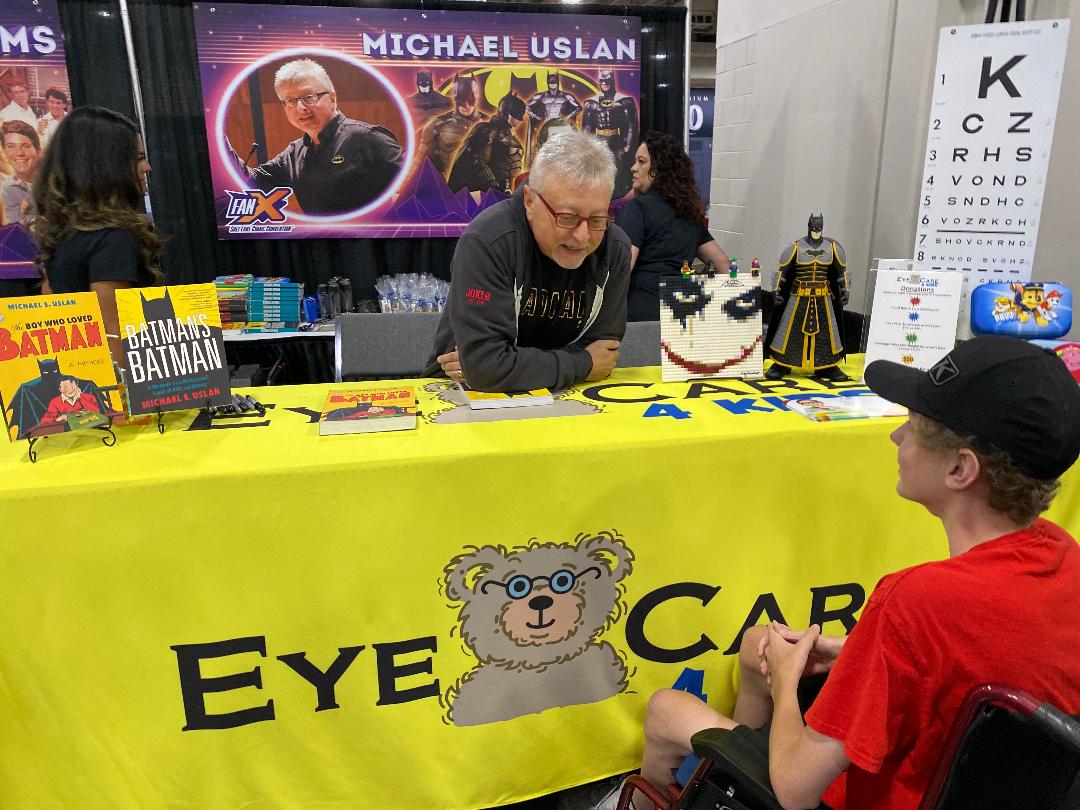 Thousands of people from across Utah came together dressed as their favorite comic book characters and wielding swords and other costume props for one of the largest gatherings of comic book and superhero fans in the world. While the event was an opportunity for fans to engage with actors who portrayed their favorite characters on TV and major films, it was also an opportunity to highlight EyeCare4Kids new “Glasses On” Campaign.

As they celebrated with fans, Emmy Award-winning actors participated in the campaign, donning their glasses, recording videos and social media posts, all to encourage youth to wear their glasses and support EyeCare4Kids. Michael Uslan, originator and executive producer of the Batman movie franchise, and a big supporter of EyeCare4Kids, granted wishes for terminal children and donated 100% of his proceeds to EyeCare4Kids. Rob Prior, an award-winning artist, also donated artwork to EyeCare4Kids during the event, while actor Vioncent D’Onofrio, “Kingpin” from Marvel’s DareDevil visited the Ronald McDonald House with See-More, the EyeCare4Kids’ mascot.

“FanX provided tremendous exposure for EyeCare4Kids, and we couldn’t have done it without so many volunteers and influencers donating their time and incredible reach to the cause,” said Joseph Carbone, founder of EyeCare4Kids. “We know their efforts will have a significant impact on EyeCare4Kids and the underserved children and communities served by our teams in and around Utah.”