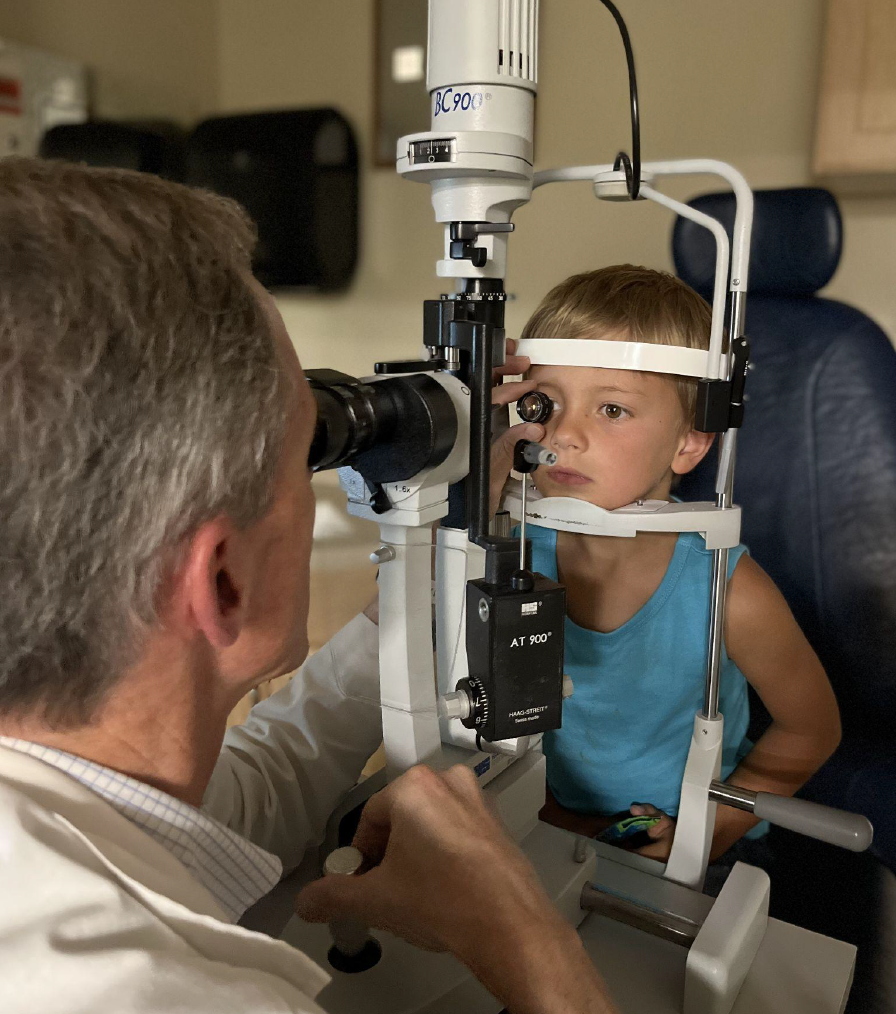 In the Fall of 2016, Johns Hopkins Magazine wrote an article about the link between success in school for children and vision care.

The context and data, taken from this site, are below:

In 2014, the School of Education and Wilmer launched the Baltimore Reading and Eye Disease Study, or BREDS, providing glasses to second- and third-graders in 12 city schools, and then testing them against a control group of kids who had adequate uncorrected vision. Several factors came together right after that. New Baltimore Health Commissioner Leana Wen and Johns Hopkins University President Ronald J. Daniels began talking about expanding the research, and then Los Angeles–based nonprofit Vision to Learn announced its interest in funding further study in all 153 Baltimore City public schools. With those collaborators, a much-expanded project named Vision for Baltimore launched in May.

BREDS was completed in June 2016, and its two-year study results are now being analyzed by researchers. Preliminary data published online by the Association for Research in Vision and Ophthalmology report that out of 317 second- and third-graders in 12 Baltimore City public schools, 21.5 percent had “significant refractive error” (such as myopia, hyperopia, or astigmatism). Of those children, only 6.8 percent were currently wearing glasses, though 33.1 percent of them had been prescribed glasses in the past. The study issued glasses to 194 children, or 61 percent of the study group. This was more than the 21.5 percent who would have received prescriptions based on standard practice patterns because the team wanted to observe the impact on reading performance of providing glasses to correct low refractive error. The pilot study results showed that providing glasses to students based on the more liberal refractive criteria had a positive impact on their reading scores; study investigators hope to explore this theory further in a larger study.

Catharine Arnold, the author, summarizes the larger issue as follows:

To a striking degree, children’s school performance—and how they feel and behave in class—is affected by vision. The American Academy of Ophthalmology estimates that 80 percent of all learning during a child’s first 12 years comes through the eyes. Now consider that 10 percent of preschoolers and 25 percent of kids in grades K through six have vision deficiencies, according to the American Public Health Association. Furthermore, many youngsters are misdiagnosed with learning disabilities when they actually have an undetected vision problem.